There is a point in every child’s life when they are taught that all-important skill. No, I’m not talking about teaching them how to read, tie their shoes (which many people do improperly, but that’s another story), or even how to do simple arithmetic (which, again, many people can’t seem to do). I’m referring to that beautiful day when someone teaches a young person how to write an address.

Wait, do addresses even really matter? I mean, mail still gets places, doesn’t it? Yeah, I guess it does, but wouldn’t you rather the address you put on your stationery and website was accurate and looked like the person, or company, it represents cares about details? Last time I checked that was a pretty important thing in the business world. I don’t check often so that might have changed.

Lets take a look at an example used by Canada Post who, I believe, is some kind of authority on Canadian addresses. That being said, if this is going on a business card, signage, website, etc. there are some differences. Key changes are removing the all-caps; spelling out street types and directions; and a comma between the city and province.

We’ll look at the address, line by line, to figure out how you can replicate this perfection.

It’s beautiful, simple, and to the point. There’s a first name, there’s a last name, and you know exactly what is going on. Simply write the name and move on. If you’d like you can add something like Dr. or Esquire to the name, but only if that person is actually a doctor or gentleman. They probably aren’t. It is very likely that you will be using a business name instead of a person’s but the same goes for businesses, though they are even less likely to be an Esquire.

This line gets all the fun stuff. You can add a company department, that “c/o John Jones” thing, a floor number, etc. If it doesn’t make sense anywhere else, it probably makes sense here.

This is the part everyone seems to screw up because there are too many options. Let’s go over each part and I’ll try to explain how to do this properly.

Unit Number: If there is a unit number you have three options, but because you’re probably going to include this address on your business cards and website it’s best to ignore two of them. The simplest way to add a unit number is to write the number, then a hyphen, then the civic number (like in the example above). You don’t use a comma to separate these because it’s not a list and it looks weird that way. You also don’t use the # symbol or the abbreviation No.

Civic Number: If you don’t have a unit number you can skip that last step and just write the civic number, which may include a fraction (1/2) or alphabetic (A) suffix. If it’s a fraction you put a space between the civic number and the fraction. If it is a letter you use no space. Just write it the same way you see it on the street sign near your house.

For things that aren’t envelopes: Write out the same address but write the full street type rather than the abbreviation (e.g., Street). North, East, South, and West should also be spelled out (but not combined directions like NE, NW, etc.).

And you’re done! As you can see it’s not really rocket science, but it seems to be easily screwed up. Hopefully this will help guide you when you need to use your address in the future. 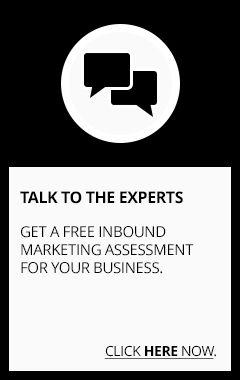