As my wife and I were sitting down to enjoy our weekly dose of the brash yet philanthropic TV Doctor “House”, I noticed an interesting commercial. Now, there are many big brand B2C commercials that run during primetime that have a unique value proposition, but this one caught my eye in particular.

The advertiser is Ford, and the product is the all-new 2007 Ford Edge, a new crossover vehicle added to Ford’s ever-expansive line of vehicles “built for life in Canada”. Two drivers pull up side by side in a seemingly mysterious location, and begin an exchange on the all-new features of the Ford Edge as compared to the BMW X5 crossover vehicle.

OK, this is not a product versus product ad, like the Coke vs. Pepsi taste test where a company matches it’s product up to it’s closest competitor and tries to acquire additional market share within its own product category. If it was, there are countless other cross over vehicles in the same class as the Ford Edge that they could have resorted to in a “cross over vehicle taste test”.

Instead, they chose to challenge the intangible premium position that BMW holds in the consumer’s eye. BMW, the status-symbol-with-bonus-vehicle-offer which commands a 20% -50% pricing premium over similar products in the non-premium market (Ford, Chrysler, GMC) has now become the subject of position challenge by Ford. In other words, if you want the same performance and quality as a BMW X5, but don’t want to pay the extra 20 grand, then come over to Ford.

Perhaps they are saying that you are foolish if you spent that much extra dough on the premium choice with no added performance value? Perhaps they are trying to entice BMW owners to consider a move to the Ford lineup after their lease is up, or perhaps they are just trying to make current and future Ford owners feel special. At any rate, it is a gutsy move, and interesting trend in brand positioning.

A week later I saw a nearly identical concept, this time Hyundai’s Sante Fe versus the pricey Land Rover LR3. Shortly after that, Volkswagen put the Turbo Passat against the BMW 383i. More position challenges by mass producers versus premium producers.

While I don’t think McDonalds will be taking the Keg on anytime soon, and there is still no hard evidence that the Ford edge will get you as many dates as the BMW X5, keep an eye on the tube for more position challenges by mass market producers versus their premium industry counterparts. Even more interestingly, will BMW answer back? 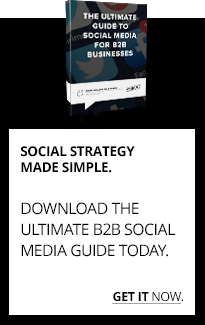